The times have been advancing. Let’s think about it 50 years ago, we couldn’t even imagine mobile electronic devices! There are so many things that can happen in 50 years, including the amazing changes in sex dolls. ESDOLL editors use this article to let us understand the evolution of sex dolls in the past 50 years!

At that time, sex dolls mainly targeted the disabled and the elderly living alone. These people lack a partner, even if they spend money, they can’t buy a lover, or they are considered by ordinary people to have a physical defect and have any pursuit, so they have to switch to popular sex dolls.

However, the design of the dolls at that time was quite poor. In addition to being too bulky and difficult to handle, because the inflatable product fell over when touched, it was impossible to stand. At that time, the doll manufacturer felt this. Although this 1977 smile doll looked ugly with modern eyes, it improved all the above shortcomings. At that time, the price of dolls was about US$300 to US$1100, while more advanced ones cost US$3,000. 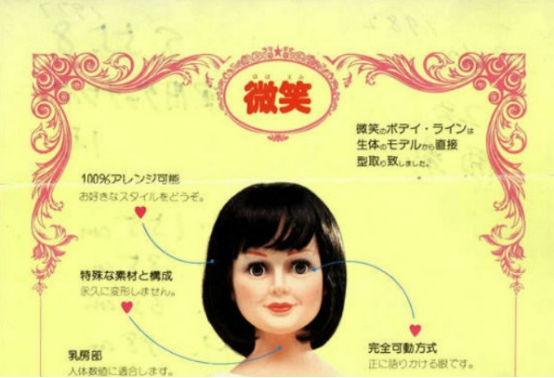 Then in 1982, the new type of doll’s limbs was detachable. The skeleton was made of foamed polyurethane, and the skin was made of soft rubber and latex. The “4-layer structure” showed human skin and underlying blood vessels. The subtle texture of the muscles was also a great leap forward at that time.

In 1987, the opening angle at that time could only reach 90 degrees, which was a trade-off that had to be made for the strength of the doll. The leg opening angle of the improved doll has been greatly increased, and many joints have been made into movable styles. So far, you can see how slender and delicate the sex doll is, and the price at this time is already an astonishing 8000USD. 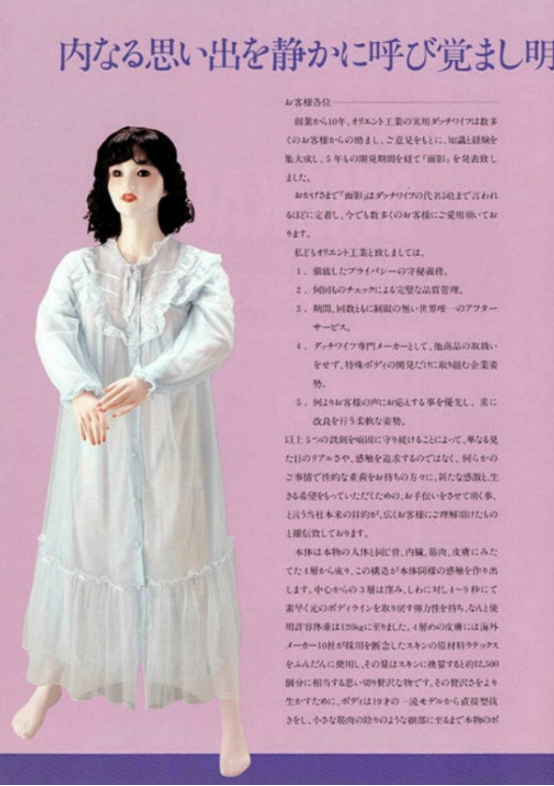 In 1992, when the price of dolls came to the 5000USD era, there was no longer a parting line due to the production process on the body, and the surface of the skin was less likely to be damaged.

Later, because the latex material used for the skin was too difficult to maintain, it was not only easy to stick to dust, but also easy to deteriorate and embrittle. Manufacturers switched to soft rubber as the material, and the style of the doll was completely different from before. Careful attention will find that the price of dolls begins to decrease because the manufacturing cost of soft rubber is much lower than latex. These new material dolls have once again made the doll manufacturers a great success. It is reported that the sales volume is 5-6 times that of the previous dolls.

In order to expand the market, sex doll factories including ESDOLL began to make TPE and silicone sex dolls. They are not so much sex dolls, but rather simulated celebrity sex dolls, anime sex dolls, etc., which can be used as companion and sex collections.

In 2008, leapfrog development came again! This time, the manufacturers changed the materials used again, from soft rubber to silica gel as we know it now. Since the entire process had to be restarted, this attempt took 2 years of research and development in the industry. Due to the high production cost, the price jumped to 3000USD in one breath. Due to the progress of the industry, the price reduction of raw materials, and the fierce competition, the current price is only 799USD.

From this time on, the new dolls are almost all similar in appearance. Although there are also improvements in the framework and technology, for the average consumer, the difference in appearance is relatively small.

Now is the time for “modern TPE and silicone dolls”! This time is already amazing enough. TPE and silicone sex dolls have such a figure and delicate skin. The doll that successfully crossed the “horror” this time perfectly presented the beauty that originally only existed in fantasy.